The New Zealand Society of Translators and Interpreters is holding its annual conference in Christchurch this year. And it’s been a while! There are three branches in the country: Auckland, Wellington and Christchurch. It’s been some time since the last conference took place in the latter, the city being severely affected by the earthquakes. This conference is, then, a new beginning.

Half of it has already been and gone, leaving warm feelings behind: NZSTI is turning 30 and we celebrated it, cake and all.

Several of the original members of the society were there to talk to us about the (rough) beginnings, back when the translation business was what Patrick King, founder member of NZSTI and director of the New Zealand Translation Centre Ltd, referred to as “a cottage industry” during his keynote address. 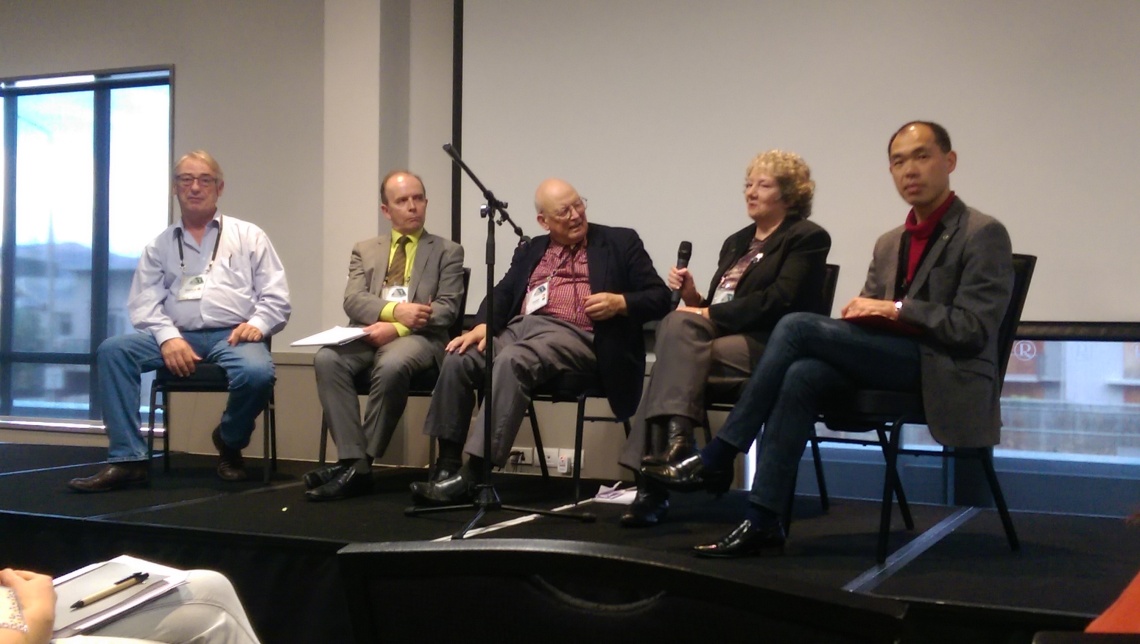 Henry Liu, president of the International Federation of Translators (FIT), told us a little bit about the achievements of the society in more recent times, including its partnership with the Australian Institute of Interpreters and Translators (AUSIT), its Australian and older counterpart; its relationship with the Māori Language Commission; and the role it played in helping New Zealand be the first country to recognise sign language as one of its official languages (2006).

After a long day, I’m now looking forward to Sunday, the CAT tools training, especially. An SDL Trados Studio licence is being given away at the end of the conference, so fingers crossed!